Silicon Valley is still the startup epicenter, or at least so we like to think here. And what does every entrepreneur hunched over in his proverbial garage working on the next big thing hope for and dream of? Well, that it really is the next big thing, that investors will recognize its potential, and that money will come in to allow the product (or service) to be brought to market. 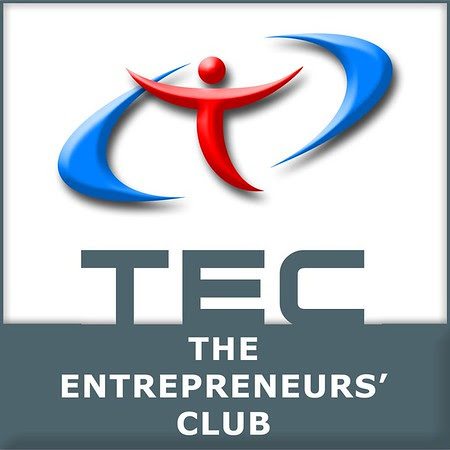 Last night I attended a very interesting and informative event organized by The Entrepreneurs' Club--Founding & Funding - Entrepreneur & Investor Perspectives. It focused on a Silicon Valley startup, Virsto Software, that is on the right track to achieving the dream and on how they got to where they are today.

In their search for capital, Virsto had a hard-to-beat advantage. The co-founders are serial entrepreneurs, with connections to the venture capital community. That helps. But, according to Vivek Mehra, August Capital invests in first-time entrepreneurs just as often as they do in seasoned entrepreneurs, if not more often. So if you're a newbie, don't hang up your hat just yet. :)

The beginnings of Virsto are quite interesting. The co-founders weren't lifelong friends when they embarked on this venture. In fact, though for years they were within a degree of separation (as they later found out), they did not actually meet until an introduction was made by a mutual friend for the express purpose of starting a company. Vivek Mehra explained that investors are very cautious of companies with one founder. After all, if the founder wasn't able to convince even one other person to take the plunge with him (or her), it can seem a bit suspicious. In fact, while there is no magic formula for getting funding, Vivek Mehra says that a good founding team might consist of two technical people and one business expert. It so happened, that Virsto fit the bill exactly--Virsto's third co-founder, Serge Pashenkov, a friend of Alex's since graduate school, completes the deck as another technical expert.

Creating a successful business is about the people, whether you are a founder looking for other entrepreneurs to join your team, or an investor, making the call on which of the 100 ventures that come across your desk in a year to invest in. Vivek Mehra said of August Capital's philosophy, "We invest in people." Unlike some other funds that either look for a market for which they can create a team or find a team and create a market, August Capital tries not to predict markets. They want the ideas to be owned by the entrepreneurs. And they want the entrepreneurs to know more than they do. There seems to be good ideological alignment between August Capital and Virsto founders. "If you want an investor to tell you how to run your business," said Mark Davis, "you shouldn't be funded."

Just as there is no formula to tell you whether your dinner date is "the one," there are no hard and fast rules with getting funded. But there are also warning signs, in the personal and business spheres alike, that influence the outcome of the courtship. "A lot of unsaid things are very important," said Vivek Mehra. As an example, if a team of four founders comes to a meeting with the VCs, but only one does all the talking, it's a bad sign. If the founders talk for a half an hour during their pitch before they introduce the team and explain who is involved in the venture, investors are turned off. Investors also look at a company's setup. If the entrepreneurs are 3/4th vested going into a meeting, there is a misalignment of interests, and you can't build a marriage on that. Some VCs might renegotiate vesting when they agree to fund, but others might not bother and pass on the opportunity altogether.

The best group of collaborators, a large underserved market, and the cleverest solution, may still not get you funded. But if you stack your deck right, you are in a better position to make it happen. Of course, Emergence Law Group is here to help with corporate setup and make you look familiar and attractive to investors. The rest is up to you!

Posted by Startup Voice at 3:25 PM