Seasoned Entrepreneur Holds Nothing Back: Business Advice & Technology Landscape Overview from a Pro

I always find it stimulating to hear entrepreneurship advice from the pros, those serial founders, who seem to have perfected the science (or art) of startup building from the ground up.

Tonight, it was my pleasure to attend a presentation by Ben Galbraith, a very skillful public orator, serial entrepreneur, and the speaker at tonight's Startup Grind Meetup, organized by Vaporware Labs founder Derek Andersen. I doubt it is possible to give the presentation justice in written form--to capture that personal charm and charisma of the speaker--but I will do my best to recap the highlights.

The more successful entrepreneurs that you talk to, the more contradictory advice you are bound to receive. What worked for one, did not work for another, and vice versa. There is no panacea to running a successful startup. Acknowledging this paradigm, Ben Galbraith nonetheless shared with us a few bits of wisdom from his well (wealth) of experience.

1. Business partners. The road to building a business can be a long one, so it is fantastic to have someone to share it with, both the laughs and the sorrows, as they come. And the amplification of skill sets is also amazing when you have a partner. But, it is imperative to have trust with your partner. And it is absolutely critical to understand from the outset what everyone brings to the table. For the business to work, the commitment and skill level of the partners has to be commensurate with one another.

2. CEO Role. Whatever the skill set of the CEO, he must come out from the trenches early, and resist the temptation to stay in and be part of the... fill in the blank... technical, business, sales, etc. ... team. The choice is, to become a coach or to become a bottleneck. Why so? If the CEO is not leading the business (because he is busy in the trenches), no one is! 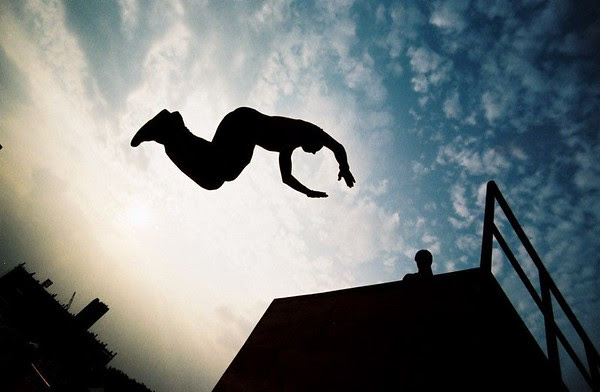 3. Take the Leap. As someone who's done it and lived to tell the story, Ben Galbraith says that working for yourself is amazing! If you are working for someone else, you are not the owner of your fate, nor do you know all the cards. You may get "misled" (to put it softly) about the state of affairs at the corporate level and left out to dry.

To step out of my recap mode for a moment, I must say that unfortunately I know about this first-hand. The last several months at Heller Ehrman, before the ship sank, were not pretty. "Heller Ehrman is strong because it does not have any debt," we were told throughout. "Nothing can take us down." It was effectively the end of Heller Ehrman, a San Francisco law firm that was founded in the late 1800s, when its bank pulled the purse strings shut. Oops, turns out there was debt after all.

So when Ben Galbraith told us "Take the leap of faith" and venture out on your own, I said (in my head), "Hear, hear!" It's a choice that I made and that you may have already made or are on the verge of making, if you are reading my blog.
Photo courtesy of AMagill 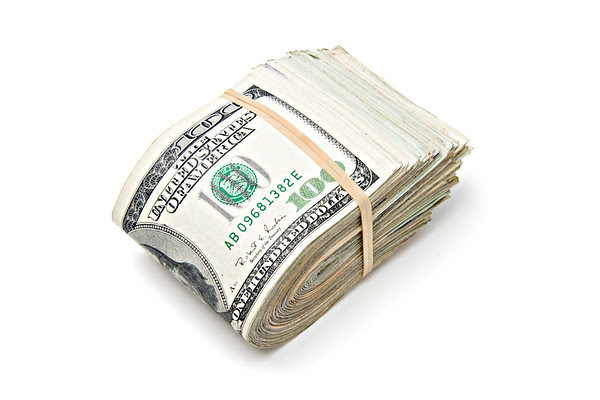 4. Money, money, money. "Don't make money your goal," was Ben Galbraith's last point. (Easier said than done, if you've looked at real estate prices in the Bay Area.) But it is true--you have to find an idea that resonates with you and that you believe in and run with it. You can't predict where lightning will strike, and you can't choose to found or join a startup to get rich.

Ben Galbraith on the Technology Landscape

In this second part of his presentation, Ben Galbraith set out to answer the question of why Microsoft, traditionally known for its protectionist policies, has now embraced HTML5. There is a profound transformation afoot that is forcing Microsoft to evaluate their position. So what is it?

Let's review some history first. Who remembers the time when the Yahoo homepage used to look like the image on the right? I know I do. This screenshot is only twelve years old. Many websites from those days might look a tad outdated to today's consumer and Ajax is to blame.

Ajax revolutionized the way we think about the web--it was about making the web user experience attractive and more interactive, blurring the line between desktop and web applications, and causing a resurgence of technology companies focusing on web applications.

In the world of desktop applications, Microsoft was king. It may not have had the best operating system, but it had a suite of applications. When focus shifted to platform-neutral web applications, other players were able to move up in the game. It was this shift towards running applications on the web that allowed Mac to reemerge as a major player (and even break away from the pack).

Fast forward to today, where the new frontier is mobile. With its $3 billion eco-system, there's money to be made in mobile and it is drawing away some of the best talent from web development. "It's a zero sum game," said Ben Galbraith, "not parallel universes." In fact, there is so much money going towards mobile app development, some companies' mobile applications today are already far superior in user experience to their web equivalents. While certainly some applications are not well-suited to the mobile space with its inherent screen size limitations (think Adobe Photoshop), there are others that have reinvented themselves in this medium.

Apple, historically known for being an expensive brand, is changing strategy to keep their market share. With their new, aggressive pricing on mobile devices, they are not leaving a price umbrella for competitors to use as an opportunity.

Microsoft is changing with the changing technology landscape. The world of desktop applications is giving way to web and mobile applications, where proprietary technologies just don't cut it. And so, out comes the beta launch of Internet Explorer 9, with Microsoft showing off some great looking applications running on HTML5 at the launch party. Of course, if HTML5 has as great an impact on the web as Ajax had in its day, which it may well have, we should look forward to a very exciting new web experience in a few years (as adoption of HTML5 becomes pervasive).

1. Startup Idea. This idea is not new. But it has not found a successful implementation. On the web today there is no application marketplace, equivalent in usability and user experience to Apple's App store. Those of you looking to solve a problem, go at it!

2. Getting Funded. So many startups today are looking to be funded, exploring ways to get investment capital. As we well know, only a small fraction of the startups will get VC funding. For mobile app companies, Ben Galbraith threw out what I think is an exciting and novel idea to consider--why not get money from the second tier mobile platforms. While Apple and Android platforms are oversaturated with apps, for better or for worse, there are other players (think Samsung) who may be willing to pay for you to produce an app for them. When the app is done, you can redesign it for other platforms, but you won't be bootstrapping the whole operation.

I'd love to hear from anyone who has tried this to see what their experience has been, and whether the theory holds water. :)

Thank you, Derek, for organizing yet another very interesting presentation, and thank you, Ben, for taking on the speaking role--you were great!

Inna Efimchik
Posted by Startup Voice at 3:04 AM